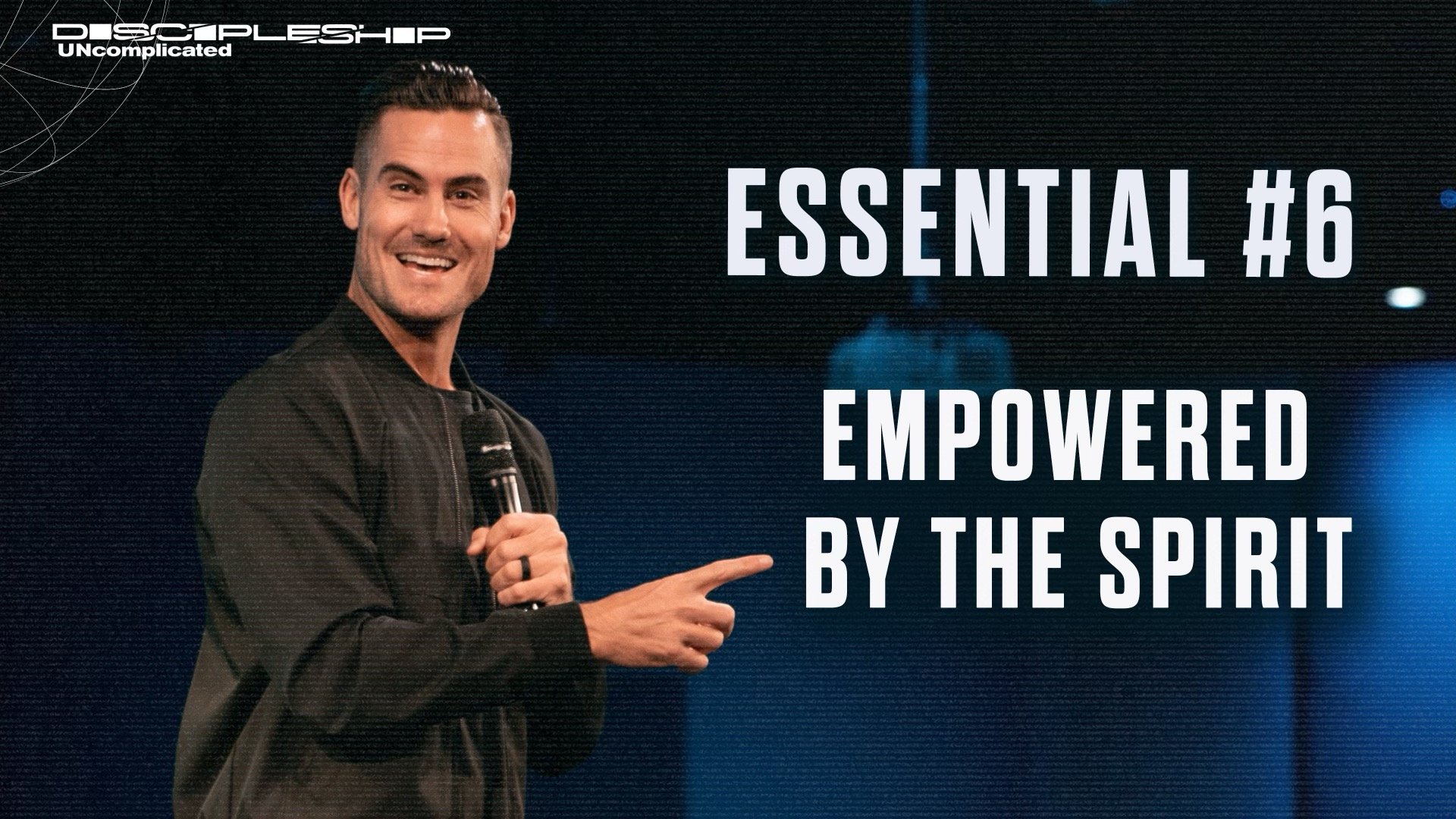 – Have you ever witnessed a miracle?

– Share your notes from the teaching, what impacted you? Was there a moment you sensed the Holy Spirit?

Matthew 3:11
11 I baptize you with water for repentance. But after me comes one who is more powerful than I, whose sandals I am not worthy to carry. He will baptize you with the Holy Spirit and fire.

Acts 1:1-5
After his suffering, he presented himself to them and gave many convincing proofs that he was alive. He appeared to them over a period of forty days and spoke about the kingdom of God. 4 On one occasion, while he was eating with them, he gave them this command: “Do not leave Jerusalem, but wait for the gift my Father promised, which you have heard me speak about. 5 For John baptized with water, but in a few days you will be baptized with the Holy Spirit.”

Acts 19:1-8
While Apollos was in Corinth, Paul traveled through the interior regions until he reached Ephesus, on the coast, where he found several believers.[a] 2 “Did you receive the Holy Spirit when you believed?” he asked them. “No,” they replied, “we haven’t even heard that there is a Holy Spirit.” 3 “Then what baptism did you experience?” he asked. And they replied, “The baptism of John.” 4 Paul said, “John’s baptism called for repentance from sin. But John himself told the people to believe in the one who would come later, meaning Jesus.” 5 As soon as they heard this, they were baptized in the name of the Lord Jesus. 6 Then when Paul laid his hands on them, the Holy Spirit came on them, and they spoke in other tongues[b]and prophesied. 7 There were about twelve men in all. 8 Then Paul went to the synagogue and preached boldly for the next three months, arguing persuasively about the Kingdom of God.

Break in groups to pray for members to be empowered by the Holy Spirit.

TIP #1 It is often helpful to put worship music on in the background to help create an atmosphere of worship.
TIP #2 Don’t make this awkward if someone isn’t ready for prayer.
TIP #3 Boldly ask Jesus to baptize/fill them with the Holy Spirit so they will be empowered to do what God has called them to do.

– Pick someone to share next week from their Life Journal to kick off the group discussion.
– Ask someone volunteer their 4 minutes testimony next week
– Pray for one another in groups

LIFE GROUP WEEK 8 – WHAT ON EARTH AM I HEAR FOR?

Essential 12: Spiritual Warfare
Disciples of Jesus have three enemies: our old nature, the world's temptations, and demonic forces. The Holy Spirit helps us overcome all challenges, temptations and attacks, but we must first understand the victory and authority we have in Christ. What lives in the dark, dies in the light.
Essential 11: Serving and Giving
Jesus continues to live out his life on Earth through His corporate body, the Church. The "Body of Christ" is not just a figure of speech but conveys the reality that Christ lives through His people. Together God's people extend the life of Jesus to the world. When we serve others we show that God loves them and we show God that we love Him.